Broad match is a match type that has traditionally been frowned upon by the PPC community, which is mostly caused by the fact that Google still has still often misinterpreted the intent of certain keywords. By showing on irrelevant queries, advertisers still fear that budget was being spent on the wrong places and Google is enriching themselves by showing ads on such queries.

Let's take a brief look at the history of match types and the major shift expected to take place during 2021.

Introduction of BMM in 2010

Broad Match Modifiers were introduced in 2010 as a welcome compromise in order to extend reach. However, advertisers were still wary of these keywords and typically split them out into their own campaigns (such as in the popular "Alfa - Beta" structure).

The rise of Close Variants from 2014

A major change happened in 2014, the introduction of forced Close Variants! From September onwards, suddenly advertisers could no longer control plurals, abbreviations and misspellings. The change was seemingly not a major one. Advertisers liked the convenience of including plurals and occasional mismatches as Google tried to understand the intent of a query, were taken with a grain of salt.

However, it was a start of Google blurring the definitions of an Exact query match, which was about to get much more significant and more frequent.

In 2017, function words and different word orders were introduced. Function words are connecting words such as "in", "the", "for", "to" etc. Words without a specific meaning which tie together the other keywords. More controversial were word order changes, where the order of words was no longer relevant. Concerns arose whether the AI would be able to discern different intent within the query, for example the query "Paris to Berlin" meaning something else than "Berlin to Paris". Google's claim that incremental clicks would amount to only ~3% made advertisers feel a bit more at ease.

Up until this point, besides certain adjustments and re-arrangements, Near Exact match has respected that the query should equal the keyword. However, in 2019, major changes were made, which instantly rendered Close match keyword strategies (such as SKAG) obsolete.

The change was that now, Exact match queries would now match with even completely different words: implied words, paraphrases and same intent queries. This change essentially turned the Exact match keyword into a broad keyword, relying heavily on Google's power to interpret the meaning of the keyword based on AI technology.

It wasn't much later that Google extended this change to BMM and phrase match types.

A very peculiar update happened in 2020… Search queries were on a large scale hidden from advertisers. The official explanation from Google was the following:

"In order to maintain our standards of privacy and strengthen our protections around user data, we have made changes to our Search Terms Report to only include terms that a significant number of users searched for."

In reality, it is very questionable that this reason would be the real reason for hiding so many queries. Most likely, Google doesn't want advertisers to know how the keywords are being matched to queries. The true reason remains a guess, but what is certain is that advertisers suddenly have a very limited overview of the quality of the keyword matching and lost valuable insights on the ad slots they appear in.

When looking back at previous years, changes to match types have been happening at an increasing pace and are likely to continue in this direction. It isn't unlikely that Google wants to phase out keywords entirely and will start to rely on Machine Learning to find relevant queries to appear on. Already in the start of the year, Stefan Neefischer has found an decrease in the matching accuracy of keywords.

While it may be a good move to make advertising less complex, advertisers do fear the lack of transparency to know where ad budgets are being spent. In addition, it is good to remember that profit of the advertiser is only the secondary goal of Google, while increased revenue / profit comes first. These goals may be conflicting at times and it is a comforting thought to maintain some degree of control over the ad placements. 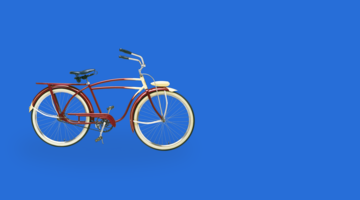 396
Productivity
DSA's — We May Need to Use Them!
DSA’s are definitely making a comeback in 2021 thanks to improved Machine Learning and Google's understanding of a user's intent. 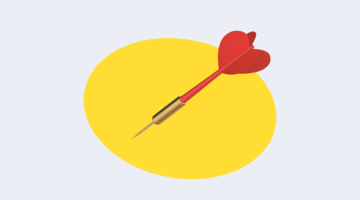 510
Productivity
Four Retargeting Strategies for Your Existing Client Base and Website Visitors
We've previously described the best practices and tips to follow when setting up your remarketing campaign. This article will further expand on this topic and cover 4 remarketing strategies for different types of customer databases. 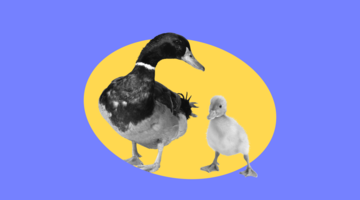 820
Webinars
Google Ads Best Practices for SMB
In this free webinar, we’ll walk you through the basics of Google Ads best practices for SMBs and show how Google Ads and eLama solutions can help grow your business.
Информация для юридических лиц
Вход/Регистрация