6 Types of YouTube Video Ads You Need to Use

Videos are one of the main trends on the modern Internet. According to Cisco, more than 82% of internet traffic will be video by the year 2022. If this isn’t enough for you, take a look at these interesting facts provided by SimilarWeb:

But what makes YouTube the main video hosting platform across the world? It’s because every human can find interesting content there. YouTube users form a giant community which is interested in literally everything. Thus, any business can find potential consumers of its product or service here.

YouTube advertising is different from advertising on other platforms. There are, in total, six advertising video formats. In this article, we will take a closer look at each of them and discuss the pros and cons. The main goal of this article is to answer a huge question – “Which specific advertising format should I use in my particular case?“. We hope you will have an answer at the end.

TrueView is an advertising format whereby the advertiser is charged if the user views the ad. But if the ad was skipped, the advertiser isn’t charged. The best thing about TrueView is that it is safe and cheap. As we mentioned previously, the fee is charged only if the ad was viewed by the user. So, the user can skip the ads which aren’t relevant to them which is mutually beneficial for both sides. The advertiser pays for the views from people who are interested in the advertised product, and the user has an opportunity to not watch a frustrating or uninteresting ad.

TrueView In-stream ads are shown at the beginning, in the middle or at the end of the video. It can be skipped after 5 seconds and in this case, the advertiser wouldn’t be charged.

When the fee is charged:

TrueView Discovery ads is a YouTube advertising format with 3 major placements: YouTube search pages, the video watch page and on the YouTube mobile app homepage. An advertising block consists of a header (maximum 25 characters), description (maximum 35 characters) and a thumbnail. The advertiser is charged each time a user clicks on the ad.

The main benefit of Discovery ads is that ads are shown to people who search for specific relevant requests. This means that Discovery ads pop out when a user searches for a specific product or service on YouTube.

Where you can see such an ad:

TrueView for Reach is a video advertising format with advertising blocks placed at the beginning, in the middle or at the end of the video. This format is optimized to increase the number of views and to boost awareness. The user can skip the ad after 5 seconds.

The maximum length of the video is 20 seconds. Thus, it is a great idea to explain your message in a short and simple manner. Get rid of extensive formulations and transform the idea of what you advertise into a 20-second brief which will attract and convert.

Non-skippable YouTube ads can’t be skipped (unlike TrueView ads) and must be watched to gain access to a YouTube video. The maximum duration of such an ad is 15 to 20 seconds (depending on geolocation). Previously non-skippable ads were 30 seconds, but YouTube shortened the duration in order to improve the watching experience and make this advertising format less annoying to the user.

However, non-skippable ads are still considered to be annoying and frustrating by the majority of YouTube users. At the same time, people are starting to get used to this format and the amount of negative has reduced significantly.

The main issue of non-skippable ads is its killing feature. The inability to skip an ad guarantees that the user will watch the whole ad and receive the advertising message in a proper way.

Pre-roll is an advertising video with a maximum duration of 20 seconds which must be watched by a user to gain access to the requested video. Pre-roll ads are always placed at the beginning of the ad and cannot be skipped.

If the duration of the requested video is 10 minutes or more, the advertising block can be inserted in the middle of the video. This format is called a mid-roll. The conditions are exactly the same. It’s impossible to skip the ad and the user must view the entire advertising block to continue watching.

Bumper ads are pretty similar to non-skippable ads, but it has two significant differences:

Advantages of the bumper ads:

Which advertising format to choose?

It’s up to you. If you want to deliver your message to the right audience in full, launch a non-skippable or bumper advertising campaign. If the main goal of your advertising activities is to increase brand awareness, discovery and reach ads will suit the most.

YouTube cares about its users and advertisers. It is constantly changing and becoming a better place day by day to reach the perfect balance between users and advertiser experiences. The one thing that we’re 100% sure about is that YouTube advertising is worth it. Set proper goals, make your ad eye-catching and interesting, target the right audience and you’ll get a huge ROMI.

It will be a smart decision to launch an advertising campaign on the channels where your target audience is. Google gives you such an opportunity and eLama has prepared an article about a custom script that will help you find the most appropriate YouTube channels in a fast and effective way. Check this article and use our script which is absolutely free! 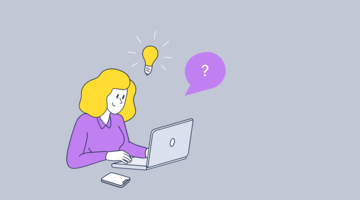 946
Productivity
Automated Google Ads Rules in 2021
Managing an account in Google Ads can be a time-consuming job, we don't have to tell you that. But do you also notice that you are often performing the same actions? If your answer is "yes," read this article. 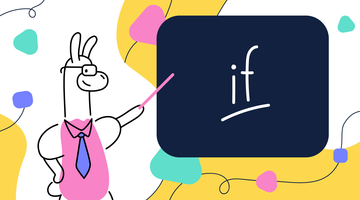 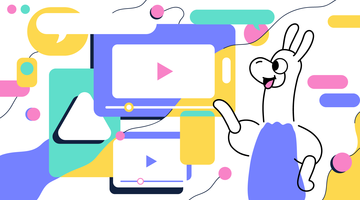